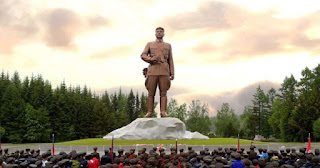 The Anti-Japanese People’s Guerrilla Army (AJPGA), the first revolutionary armed forces of Korea, was founded in Xiaoshahe in Antu County of China 89 years ago. Comrade Kim Il Sung declared an anti-Japanese war at the Mingyuegou Meeting held in December Juche 20 (1931) and directed primary efforts to organizing the armed units as part of preparations to this end. He wrote as follows in his memoirs With the Century : “Our efforts to found the Anti-Japanese People’s Guerrilla Army faced difficulties from the beginning. The questions of cadres, weapons, military drill, provisions, the mass foundation and relations with the national salvation army, as well as many other questions of a military and political character, were raised and awaiting solution. In forming the armed units we considered cadres and weapons as the most essential two elements. But we were short of them both. By cadres we mean those who were prepared militarily and politically. We needed young people
Прикажи све 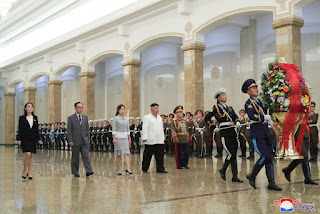 Kim Jong Un , general secretary of the Workers’ Party of Korea and president of the State Affairs of the Democratic People’s Republic of Korea, visited the Kumsusan Palace of the Sun, together with his wife Ri Sol Ju, on April 15, the Day of the Sun (birth anniversary of President Kim Il Sung ), the greatest auspicious holiday of the nation.    He was accompanied by Jo Yong Won, member of the Presidium of the Political Bureau of the WPK Central Committee and secretary for Organizational Affairs of the Party Central Committee, Marshal Pak Jong Chon of the Korean People’s Army who is member of the Political Bureau of the WPK Central Committee and chief of the General Staff of the KPA and Kim Yo Jong and Hyon Song Wol, deputy department directors of the WPK Central Committee.    A flower basket in the name of the respected Comrade Kim Jong Un was laid at the statues of the great leaders Kim Il Sung and Kim Jong Il .    Kim Jong Un , together with his wife, paid high tribu
Прикажи све 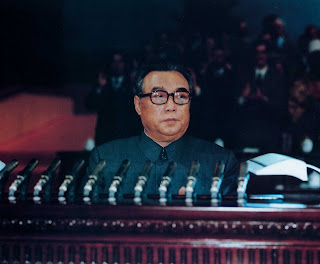 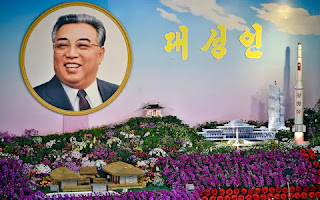 MESSAGE TO COMRADE KIM JONG UN, FROM THE SERBIAN NATIONAL COMMITTEE ON THE STUDY OF JUCHE IDEA ON THE 109th ANNIVERSARY OF THE BIRTH OF THE COMRADE KIM IL SUNG