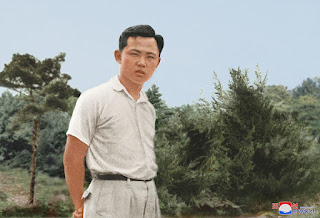 август 25, 2021
Tank Division Conveying History of Great Succession Heroic feats of the Seoul Ryu Kyong Su Guards 105th Tank Division of the Korean People's Army (KPA) are recorded in the history of building a revolutionary armed forces of the DPRK. The division is the first tank unit of the KPA which was organized by President  Kim Il Sung after Korea's liberation from Japan's colonial rule. In the Fatherland Liberation War (1950-1953), the division advanced into Seoul three days after the start of the war, hoisted the DPRK's flag atop the puppet Capital Building and occupied the Seoul broadcasting station to declare the liberation of Seoul. In the whole period of the war, it killed or injured tens of thousands of enemy in different combats, including the combat to liberate Taejon, and destroyed hundreds pieces of guns, tanks, armored cars and other combat equipment of the enemy. Chairman Kim Jong Il started his guidance over the revolutionary armed forces by inspecting t
Прикажи све 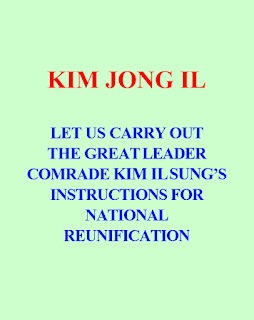 KIM JONG IL LET US CARRY OUT THE GREAT LEADER COMRADE KIM IL SUNG ’S INSTRUCTIONS FOR NATIONAL REUNIFICATION August 4, 1997   Our people will soon greet the 52nd anniversary of the liberation of our country, the historic event, by which the great leader Comrade Kim Il Sung opened the way to a new life for our nation. On this occasion our people look back with warm hearts upon the tireless efforts and the great achievements the respected leader made for the reunification of our country for half a century ever since the day of national liberation. The great leader Comrade Kim Il Sung strongly desired and worked hard all his life for the reunification of our country. He was unhappy more about the national sufferings caused by national division than about anything else, and took all the pains and put his heart and soul into the cause for national reunification till the last moment of his life in order to hand down a reunified country to posterity. To reunify the country
Прикажи све
Још постова