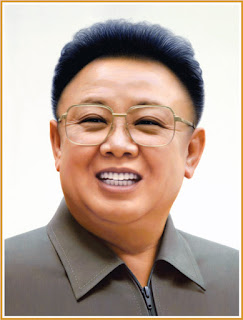 Laying the Lasting Foundations for Building a Thriving Country Chairman  Kim Jong Il  was a peerless patriot who dedicated his all to the prosperity of the country. He formulated the revolutionary ideas of President  Kim Il Sung  as an integrated system of the idea, theory and method of Juche with his extraordinary wisdom and, based on it, gave perfect answers to the theoretical and practical problems arising in the revolution and construction to clearly indicate the road ahead of the socialist Korea. He held up the single-hearted unity as the great foundation of the revolution, turned the DPRK into an invincible political and ideological fortress and consolidated its military capabilities remarkably by dint of Songun-based revolutionary leadership to firmly safeguard the socialist country. He ceaselessly inspected all parts of the country to give on-site guidance. His energetic leadership provided the solid foundations of the self-supporting economy and brought about great changes i
Прикажи све 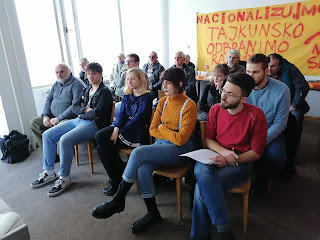 Seminar on the brilliant achievements of the Great Leader Kim Jong Il   A seminar was held under the sponsorship of the Serbian Institute of the Juche Idea on February 7, occasion of the 80th birth anniversary of greaz leader comrade KIM JONG IL. Viktor Janković, president of  the Serbian Institute of the Juche Idea remained “Comrade Kim Jong Il was born the son of Mt. Paektu on February 16th 1942.  Our  UK KFA  delegation visited his birthplace at Mt Paektu in August 2017. He did not come from a privileged background but was brought up in clothes made from old uniforms and spent his childhood in a simple log cabin. He witnessed the severe anti Japanese war and later as a young boy also witnessed the Fatherland Liberation War against the US imperialist aggressors which saw not only the atrocities and devastation wrought by the US imperialists but also their defeat”. “Comrade Kim Jong Il lived a most simple life. As a student he participated in the construction of Pyongyang. He
Прикажи све
Још постова