VIDEO. For the Rising Generations

In Celebration of the 74th Anniversary of the Founding of the DPRK New Views of Pyongyang The Eighth Congress of the Workers’ Party of Korea held in January last year set it as one of the important targets of a new five-year plan to build 50 000 flats in Pyongyang. In April this year, a little over a year later, there arose 10 000 flats in the Songsin and Songhwa area, the eastern gateway to the capital city. Meanwhile, terraced houses for 800 households went up in spectacular forms on the beautiful Pothong River. These new modern houses were all given free to ordinary working people, as well as to model workers from different sectors of society like innovative workers, meritorious people, scientists and teachers. The house-building programme in the Democratic People’s Republic of Korea is not designed for the pursuit of financial profit; it is an ennobling undertaking to turn the state’s assets and the fruits of the working masses’ creative labour entirely into their benefits. T
Прикажи све

Seminar on the brilliant achievements of the Great Leader Kim Jong Il December 11, 2021

Under the Guidance of the Workers’ Party of Korea 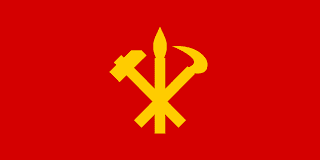 Under the Guidance of the Workers’ Party of Korea The Workers’ Party of Korea (WPK) greets its 76th anniversary on October 10, 2021. The history of the WPK is that of struggle for the Korean people’s dignity, destiny and happiness. With the founding of the WPK by Kim Il Sung , eternal President of the Democratic People’s Republic of Korea, the Korean people could have the General Staff of the revolution that leads them to shape their destiny in an independent and creative way. Kim Jong Il , eternal Chairman of the National Defence Commission of the DPRK, conducted energetic ideological and theoretical activities and wisely led the WPK to develop into a revolutionary party of Juche in which the leaders’ ideological and leadership systems are firmly established, into a motherly party which has formed a harmonious whole with the masses of the people, and serves them and enjoys their absolute support and trust. The respected Comrade Kim Jong Un , who adds brilliance to the idea
Прикажи све